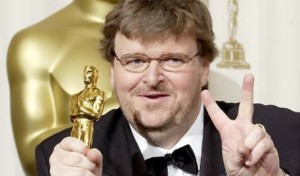 Tyler Perry net worth is $400 Million. 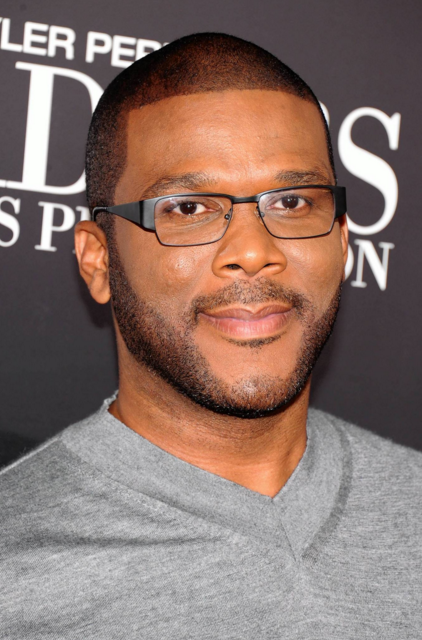 Tyler Perry was called Emmitt Perry, Jr, when he was a child. He was born in September, 1969 in a family of Emmitt Perry and Willie Maxine Perry. The couple had 4 children. They lived in New Orleans, Louisiana. Tyler’s father was a cruel person, who punished his children severely. Very often he beat them and that’s why Emmitt Perry, Jr was a very frustrated person in his childhood. The boy even tried to commit a suicide.

Once he watched the show of Oprah Winfrey, where he heard that writing can be considered as a therapy for people, who are offended in their families. From that time he started writing. It was the first step in his career.

When the boy was 16 he changed his name. Thus he wanted to make a protest against his cruel father. From that time the boy was called Tyler Perry.

He wrote the first play in 1990. It was called “I Know, I’ve Been Changed!” Tyler spent $12,000 of his savings to stage a play in the amatory theater. But the play wasn’t successful. The writer didn’t give up and spent many years, improving his play. Finally, in 1998 it was accepted eagerly with the audience. He continued writing plays and earned his first money on them. 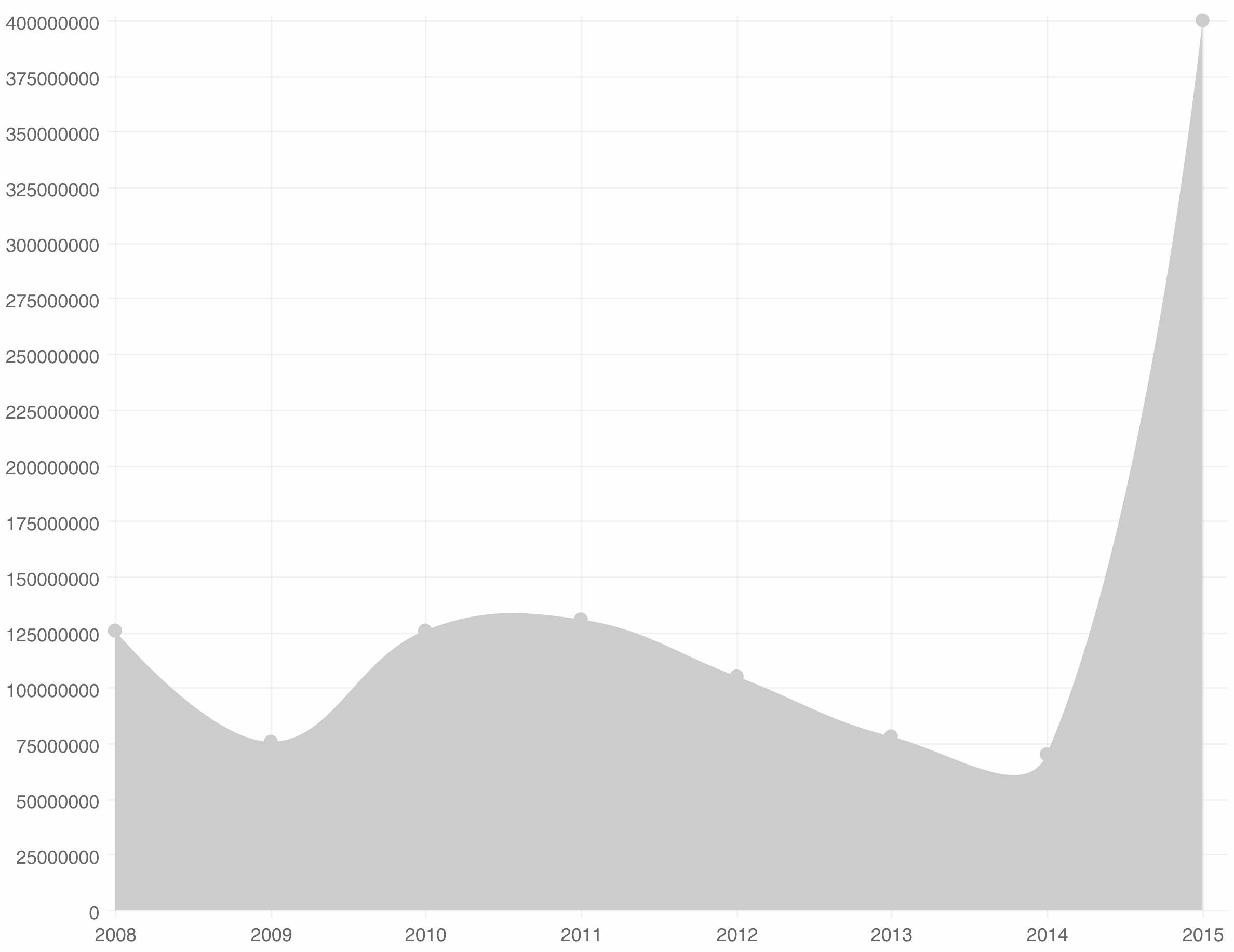 In 2010 Tyler Perry was called by “Forbes” the richest man in Hollywood. The playwright earns money in different ways. He writes plays that become screened. Besides he works as a producer, as an actor, as a film director and as a songwriter. These activities bring millions to Tyler. 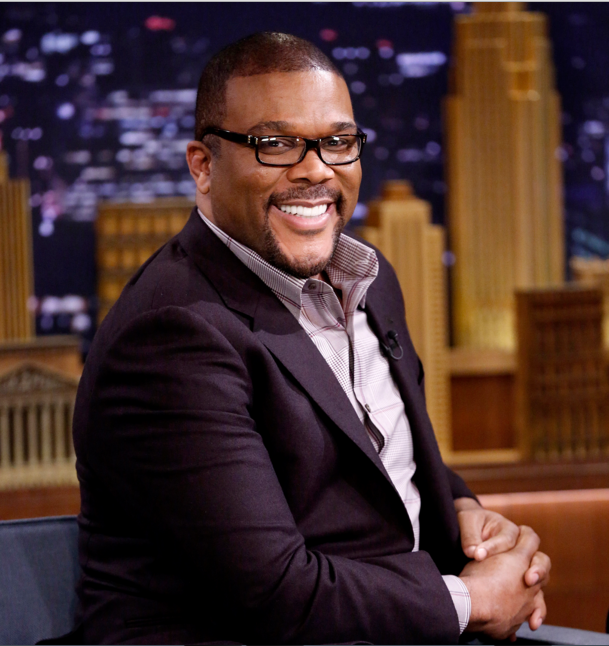 Tyler Perry is a director of more than 16 films. He appeared as an actor in some of them. Work in cinema making industry has brought a lot to Tyler. When Tyler was young, he had to sleep in a car, so poor he was. Later the salary of the author and actor increased. Now he gets from $2 million to $6 million for each episode of his show.

The first financial success came to him in 2005, when he created “Diary of a Mad Black Woman” and played a part there.

“Diary of a Mad Black Woman” – $30 million
It is a romantic comedy about a woman of elderly age, who knew, that her rich husband cheats her and wants to divorce. Tyler Perry was a producer of “Diary of a Mad Black Woman” and the leading actor of this film. The movie became very successful, so as a producer and an actor he managed to earn about $30 million on this film. 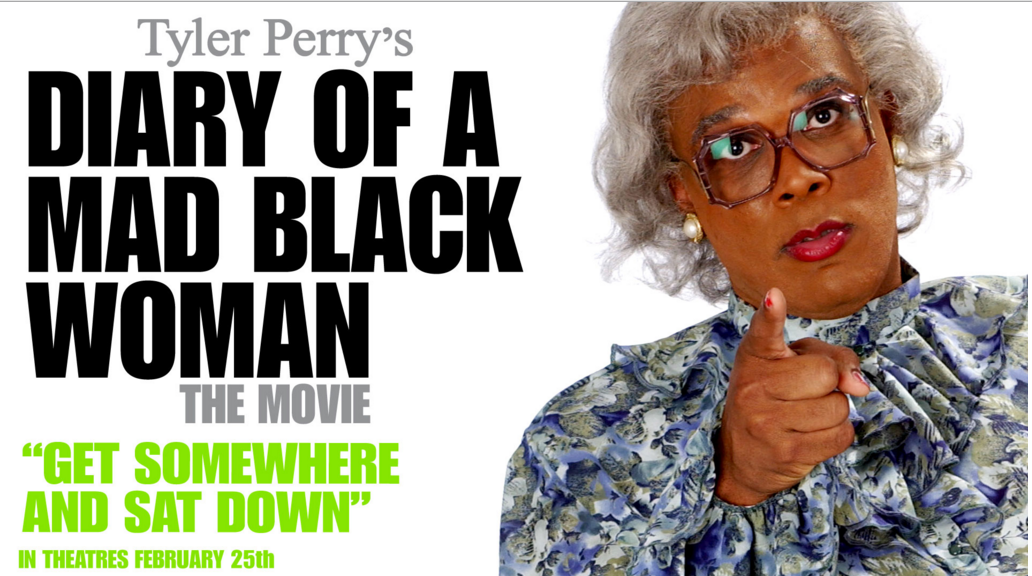 “Madea Goes to Jail” – $50 million
Many actors like Brad Pitt or Leo Dicaprio attract public attention, that’s why it seems, that they earn the most in Hollywood. But in fact, producers make much more money. Tyler Perry earns like an actor and like a producer, so his earnings look really impressive! Tyler Perry plays about his heroine, Madea, a black woman of elderly age, made their author one of the richest men in Hollywood.

“Madea’s Family Reunion” – $30 million
This film also became one of the most profitable, created by Tyler Perry.

In general since 2005 Tyler Perry produced 13 films. Thus he created an honest brand that produces from 1 to 2 successful movies per year. He knows his business and that’s why he earns a lot. The last one from madea movies, created by Tyler Perry, is “Madea Christmas”. It has brought its director about $25 million of pure income!

“Temptation: Confessions of a Marriage Counselor” – $13 million
Tyler Perry can be called “the father” of “Temptation: Confessions of a Marriage Counselor”. He was the director of the film, he took part there as an actor and he was the plot author. The film has brought $13 million to Tyler. Not bad, but Tyler Perry Temptation was not so successful as Madea movies. 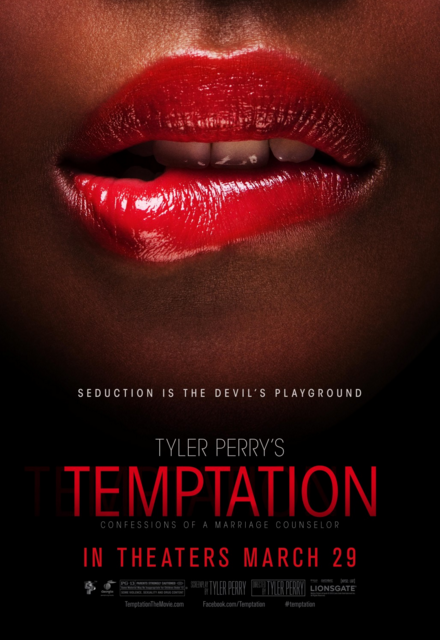 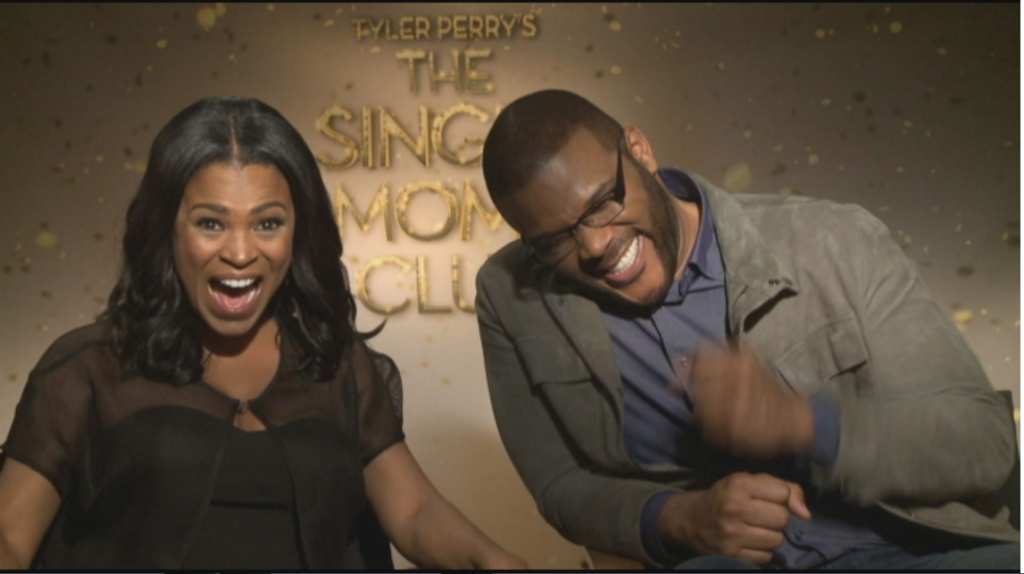 As you see, Tyler Perry is a producer of very successful movies. He is a self made man, who managed to build a cinema making Empire. Most of movies, produced by Tyler Perry are of drama romantic genre.

Tyler Perry is not married, but he has a girlfriend. He and Gelia Bekele have been dating for ages. They live in a big mansion in Atlanta. 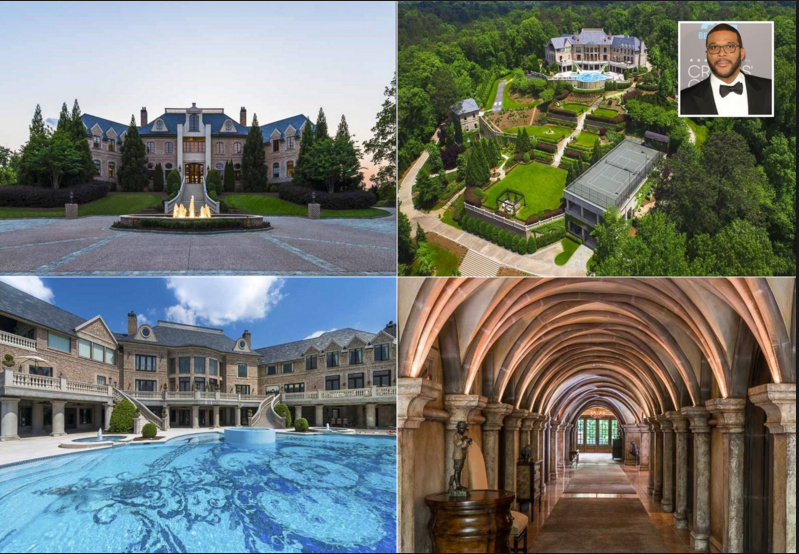 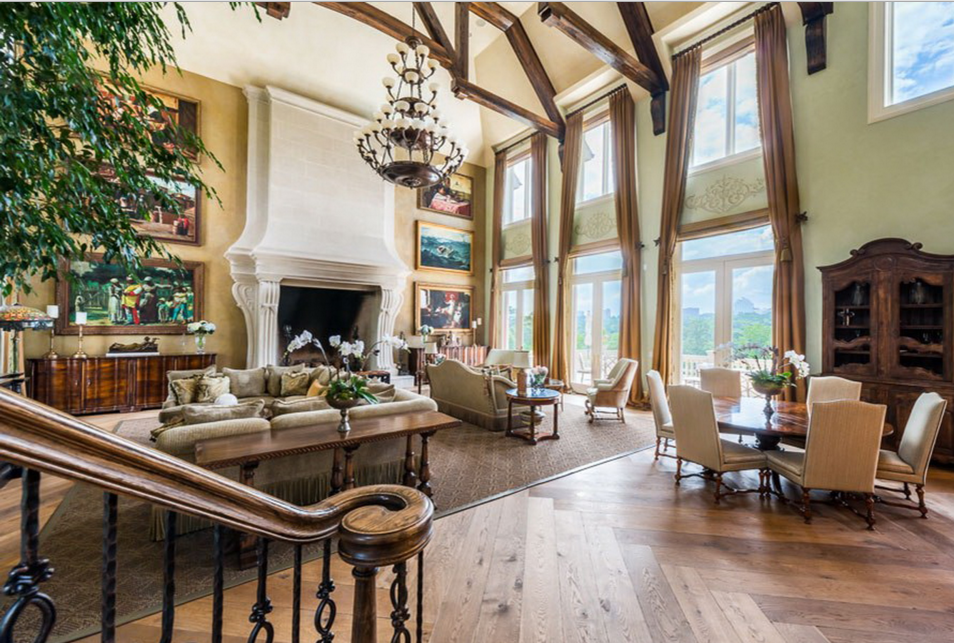 Atlanta Mansion – $25 million
Tyler Perry created successful films and wrote soundtracks to them. At the same time he bought and sold various estates in USA. Thus he owned houses in California, New York, Georgia. He bought and then sold them. Now the home of a mogul in the sphere of entertainment is situated in the small village Douglasville (Atlanta). 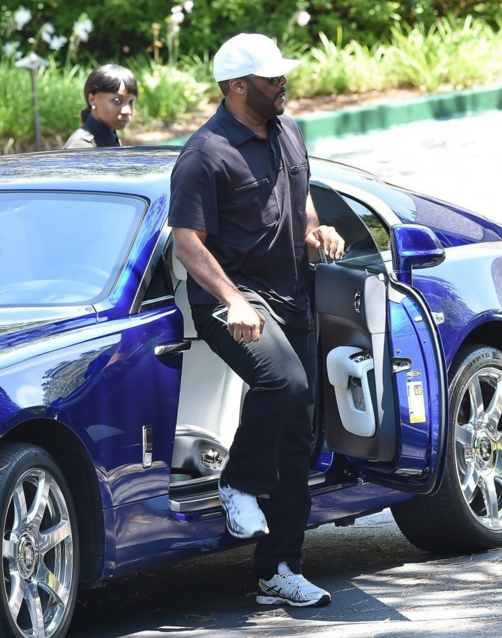 The mansion of Tyler Perry has the car park for 40 vehicles. It is not known exactly, how many cars the film maker has, but he was seen by journalists in a big blue Rolls Royce Phantom once. This very expensive and respectable car is a real gem in car collection of Tyler Perry. Besides sometimes he comes to the office of his film making company by Bentley. 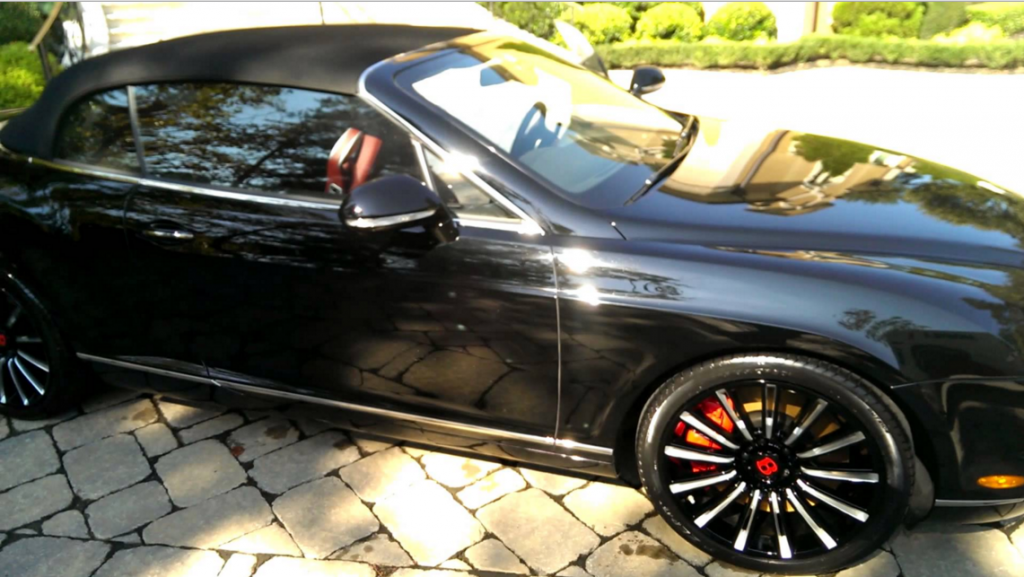