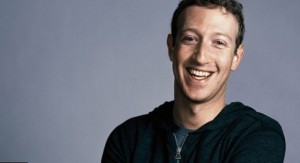 Top 10 the richest people in the world

It is no secret that even Hollywood stars care about the environment. Recently electric vehicles are gaining great popularity. We present you the top 3 most luxurious electric cars.

This Rolls Royce is still considered experimental in its kind. Its majestic appearance hides a number of unique features. Despite the fact that it was developed as an alternative to gas-guzzling Phantom, the production of this car was delayed after it was presented at the Geneva Motor Show in 2011 due to the need to refine some points in the performance.

The main problem can be considered is weight – the car is several hundred pounds heavier than the Phantom. In addition, the system 290 kWh lithium-ion battery rear-wheel drive and two engines are also in need of revision, since the distance that it can travel without recharging is just a little over 160 km in that time as the charging takes 8 hours.

This car from Mercedes is the first of its kind fully electric supercar. It is quipped with four motors (one per wheel), it has a capacity of 526 HP and a torque of 880 Nm. These figures are automatically transferred into the League of super cars as an example of one of the supercars of the future. In 4 seconds it can accelerate to 100 km/h it sounds especially impressive when considering the fact that it weighs almost 2 tons.

The world’s first electric supercar developed by Croatian company Rimac Automobili. This two-seater sports car has an incredibly stylish design coupled with 1088 horsepower under the hood will allow you to accelerate to 100 km/h in just 2.8 seconds. This compact monster can be proud of its battery capacity of 92 kWh and the ability to travel without recharging up to 595 km. It is considered the fastest electric vehicle to date and has the unique ability to switch control from the front drive to the rear as needed.