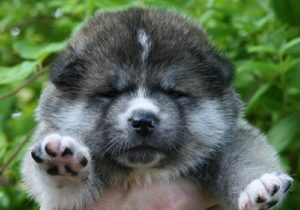 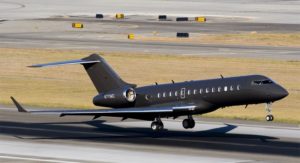 There are many pros and cons of endorsement. But still there are some tennis players, who earn quite solid incomes from advertisement deals, sometimes even more than from the main source of wealth.

How can it stand together – sport and ads, even if the ads are not about sport?

Appearing in TV clips and magazines’ reports being a face of such world-famous companies, as Nike, Rolex and Mercedes-Benz, Roger Federer receives nearly $60,000,000 annually.

The Swiss tennis player got fame after some essential victories, which made his name heard all over the globe.

Here they are: 27 Grand Slams and 2 Olympic Medals – gold in 2008 and silver one in 2012. Roger is also titled with World №3 by AST (Association of Tennis Professionals).

Making ads for Nike, Roger introduced to public sport clothes, such as T-shirts for training, and footwear. Also the baseball caps were presented by him in ads.

Novak Djokovic is World №1, who comes from Serbia.

The amount of money he has earned from the variety of endorsement deals is close to $34,000,000. Companies, which he presented, are Adidas, Head, ANZ and others. If the two first are all about sport and its equipment, then the next one is Australian bank.

Among his best achievements are 2010 Davis Cup, 6 winners on the Australian Open and the latest award he was given – the first place at 2016 French Open.

Rafael Nadal, whose endorsement deals brought him $32,000,000 over the last year, is a Spanish tennis player, who is also named World №4 by ATP.

The companies he co-worked with are Nike, Kia Motors, Telefonica and Tommy Hilfiger. The good news is that the deal with Kia was renewed for the next 5 years, so he may be sure in one income.

To the best rewards one may belong 14 Grand Slams, French Open 2014 and also 8 Monte-Carlo Maters. Tommy Hilfiger renewed its face in underwear, when Rafael agreed to become its body.

Rafael presented for Nike some basic clothes, perfect for training, as also the trainers line. The sportsman is also sponsored by the company, when on the tournaments.

Maria Sharapova, a Russian tennis player, who currently settles in America, received from the advertisement campaigns $20,000,000.

Working with such well-known brands as Nike, Porsche, Avon and Evian, brought her much fame outside the court. In her endorsement list one may find cosmetics companies she made the ads for, as also some of them were made on her Homeland.

The professional list includes the essential victories: 5 Grand Slams and 2 French Open as the most famous one.

Working with Nike, she introduced everyday sport clothes, which may be available for average people, as also tennis sport suits.

Andy Murray is the British tennis player, who got much success on the court after winning two Olympian Gold medals in 2013 and recently in Rio. The other awards he was given are 2012 US Open, being the first Englishman, who received it since 1937, and 2013 Wimbledon. The sportsman is named World №2 by the Association.

Andy doesn’t appear in endorsement industry that much, comparing to other player, but still the brands he works with are Adidas and Under Armour. The first one signed a contract with him in 2009, which lasted for 5 years; but in 2014 a new deal was made with Under Armour, the final price of which is $15,000,000. This brand is known for producing the sport clothes and accessories. The new line of footwear was introduced to public in 2006, gaining the popularity quite quickly.

The stores are located all over the USA, but also in some European big cities. When working with Adidas, he made ads mostly for clothes line, especially T-shirts.

To conclude, it may be said that there is no bad as some people may think in advertisement business, just because it is the cool courage for those, who hesitate in oneself or in sport choice, to see the favorite player on the first page or in TV ads.