The most expensive engagement rings in Hollywood

Top 50 Billionaires who got their first million till 30 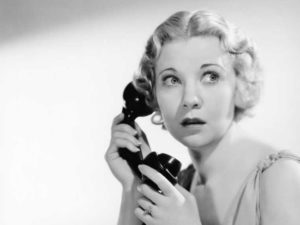 Likely, the most significant ornament in a women’s life is engagement ring, as a symbol of devotion and stability of marriage. And surely every woman would like to become the owner of the best, beautiful, incredible and most costly ring. Hollywood celebrities have the same desire.

On 21 January 2016, the media has reported that Mariah is engaged to billionaire James Packer, who whipped out one massive rock for his bride-to-be. The stunning 35-carat diamond ring cost a whopping $10 million. It`s not the only expensive ring Mariah had in her life. In 2008, Nick Cannon (ex-husband) gave to his sweetheart Mariah the engagement ring for $2.5 million.

On the finger of famous R’n’B singer Beyonce Knowles you can see the diamond jewelry in 18 carat which costs $5 million. Such a generous gift Beyonce got from her beloved Jay-Z.

The scandalous Paris Hilton is the owner of the ring for $4.7 million. The Greek millionaire – Latis – spent such a huge amount of money to please his beloved. Really such an impressive ring does not become glue for the relationship, engagement of celebrities lasted only 5 months.

Melania Trump has a charming ring with 15-carat diamond from a powerful millionaire Donald Trump. Donald gave $3 million for this beauty ring. Trump and Melania engaged in 2004 and got married on 22 January 2005, the reception was held in a hall with an area of 17000 sq feet in the Trump’s mansion Mar-A-Lago.

Last year Kanye West made a formal proposal to Kim Kardashian. It is known that Kanye was directly involved in the design of the ring and the process took a long time, until finally the groom came to the conclusion that the decoration of its fully satisfied. In the end, a huge 15-carat diamond was floating in the air above the finger of the bride and because of this looks particularly impressive. Observers estimated the cost of the ring varies from 3 to 8 million dollars, and the quality of the diamond meets the highest standards.

The last wife of Onassis – Jacqueline Kennedy Onassis received the gift of a 40-carat diamond for $2.6 million.