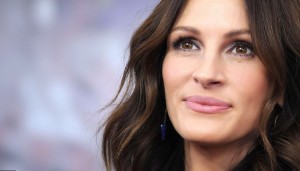 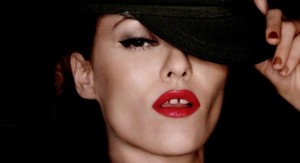 Demi Moore net worth is $150 million. 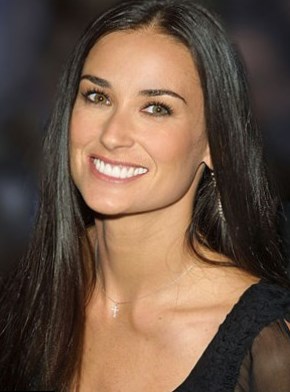 Demetria Gene Guynes was born in 1962 on the 11th of November. Demi Moore family was problematic from the very beginning.

Her father left her pregnant mother after two months of marriage and Demi Moore was brought up after an abusive stepfather, who committed a suicide.

The girl had crossed eyes and she was operated twice to get rid of that problem. When she corrected her eye problem, she got an opportunity to work as a model.

The girl dropped out her studying at the age of 16 and went to Europe for modeling. When Demi was 18, she posed nude for Oui magazine. 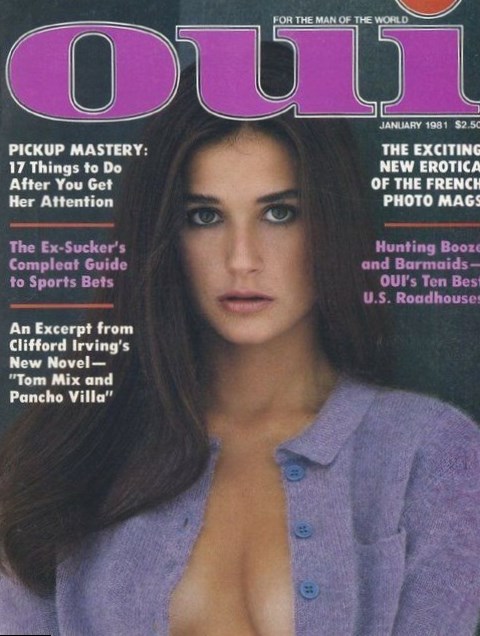 Thus she got her first money but she wasn’t impressed by the amount of the salary. Demi decided to try acting with the only aim – to get more money. From the earliest years she had to care about herself. Being 18 years old girl, she married a musician Freddy Moore and even was the co-author of his several songs. Till now the star remembers her first husband – she wears his surname and gets money as the author of his songs. 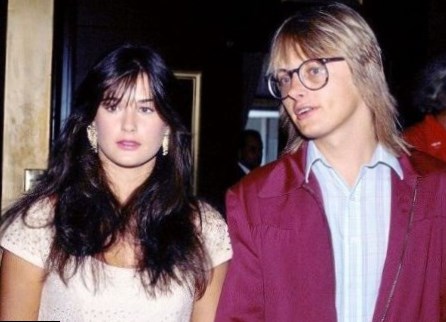 To start acting career, Demi Moore attended drama lessons. She hired an agent and soon got her first role. She appeared in school drama “Choices”.

Demi Moore films include such hits as “Indecent Proposal”, “A Few Good Men”, and “Striptease”. But Demi Moore is not considered as extremely talented actress and she is named the actress of one role. Her best screen work is the role of tender Molly Jensen in “Ghost”. The actress got $750, 000 for her role and the title of young promising actress. But the promise was not fulfilled. 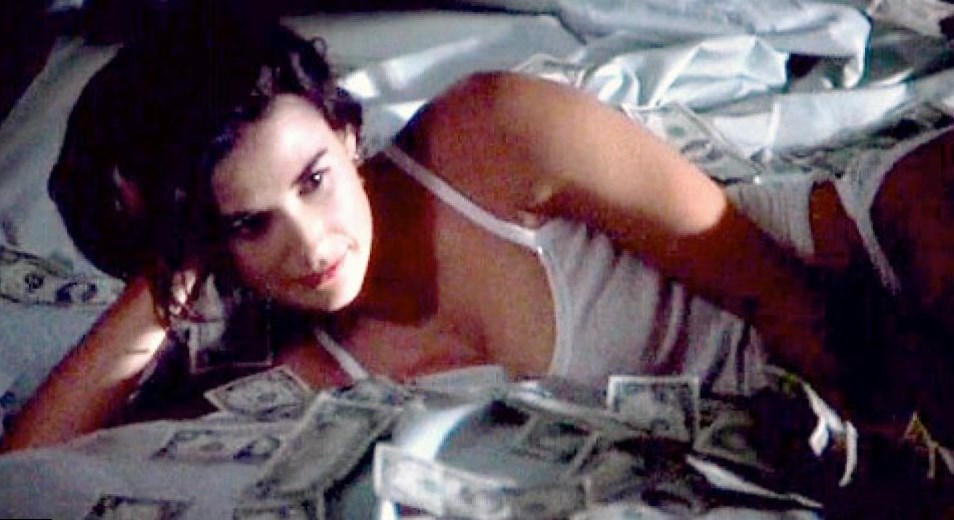 Demi Moore has two Golden Globe nominations. Her Ghost role gave her an opportunity to earn approximately $5 million per each title role. Thus Demi Moore entered the list of the highest paid actresses in the world. 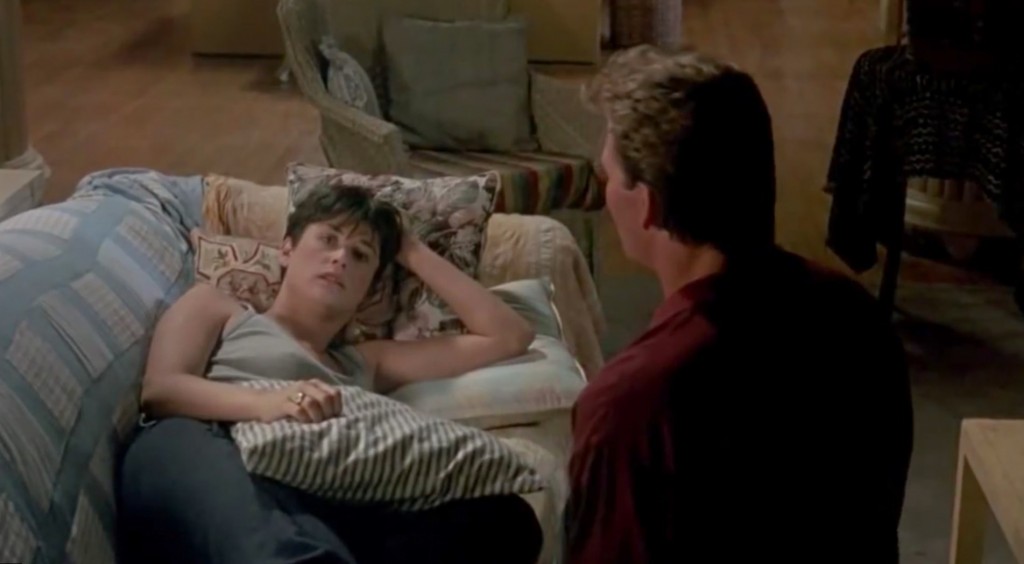 An actress Demi Moore earned $5, 2 million in 2015. She took part in the only movie “Forsaken”, where she was Mary-Alice Watson. It was the leading female part. 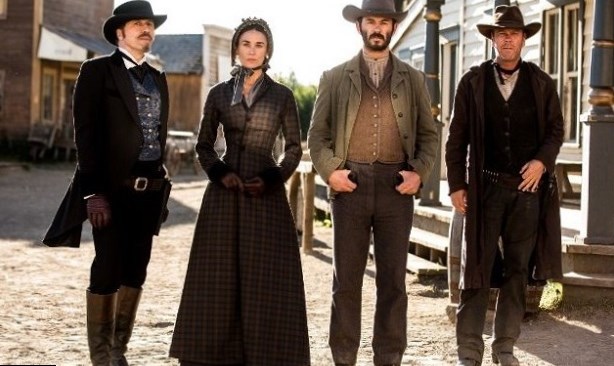 Demi Moore is not extremely high paid as an actress, but she got a lot as a model. Till now she appears on numerous magazine covers, like “Vogue”, “Marie Claire” and others. 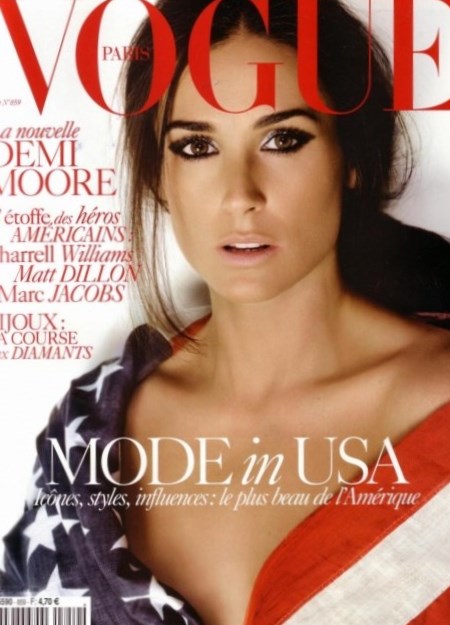 Her most successful photosession was in 1991, when she appeared naked on “Vanity Fair” cover, being pregnant. Thus she inspired many women around the world to make their pregnant photos. Here are some most popular Demi Moore films and her earnings per them. 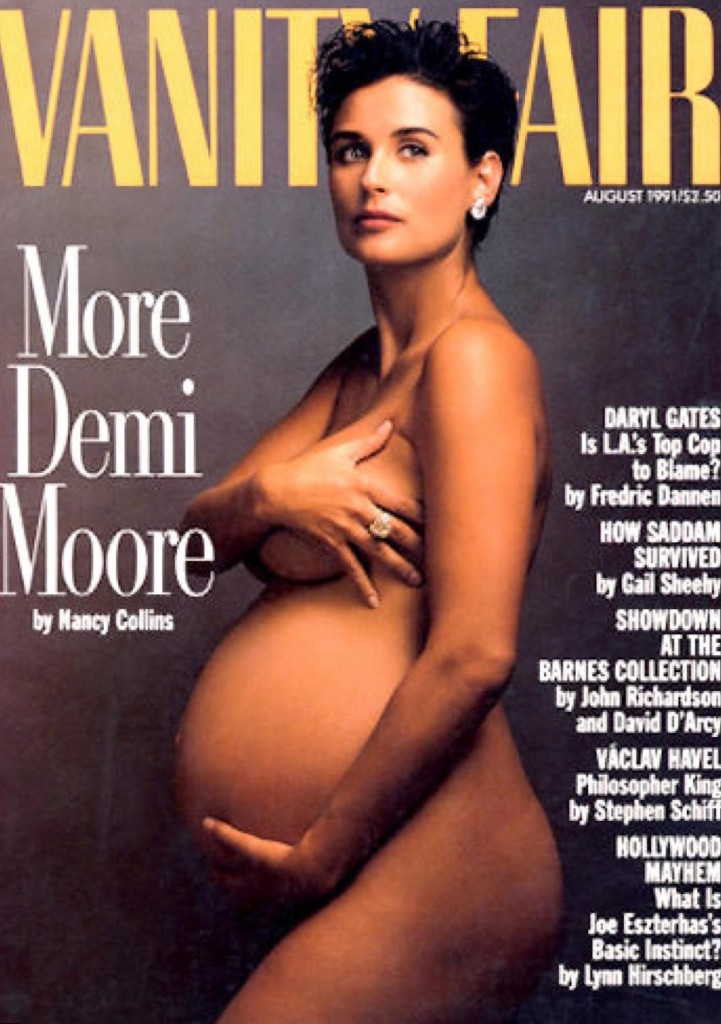 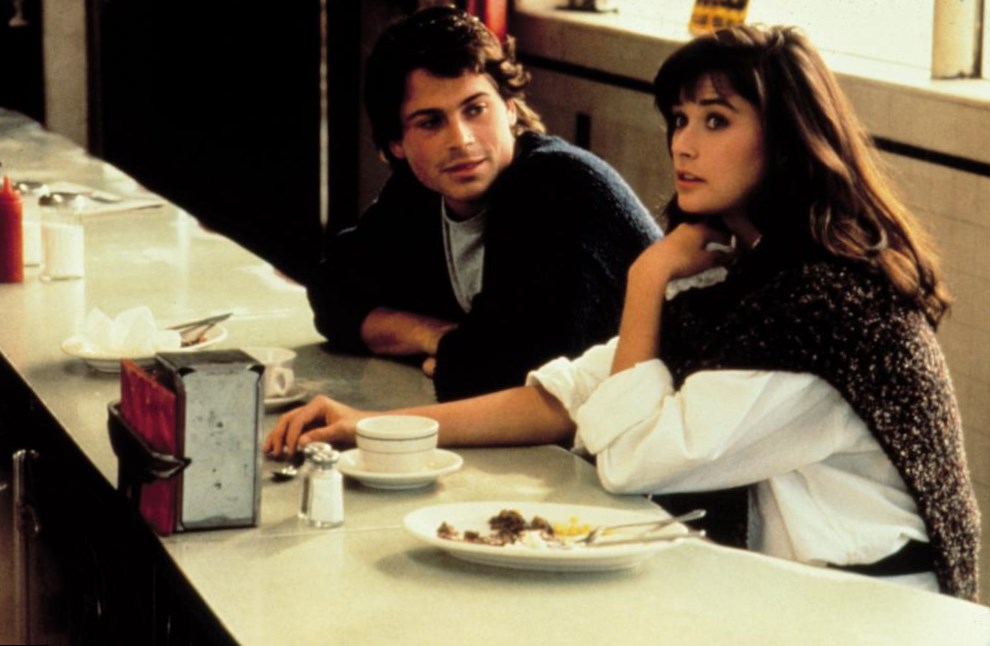 Demi Moore and Rob Lowe in ‘About Last Night’ 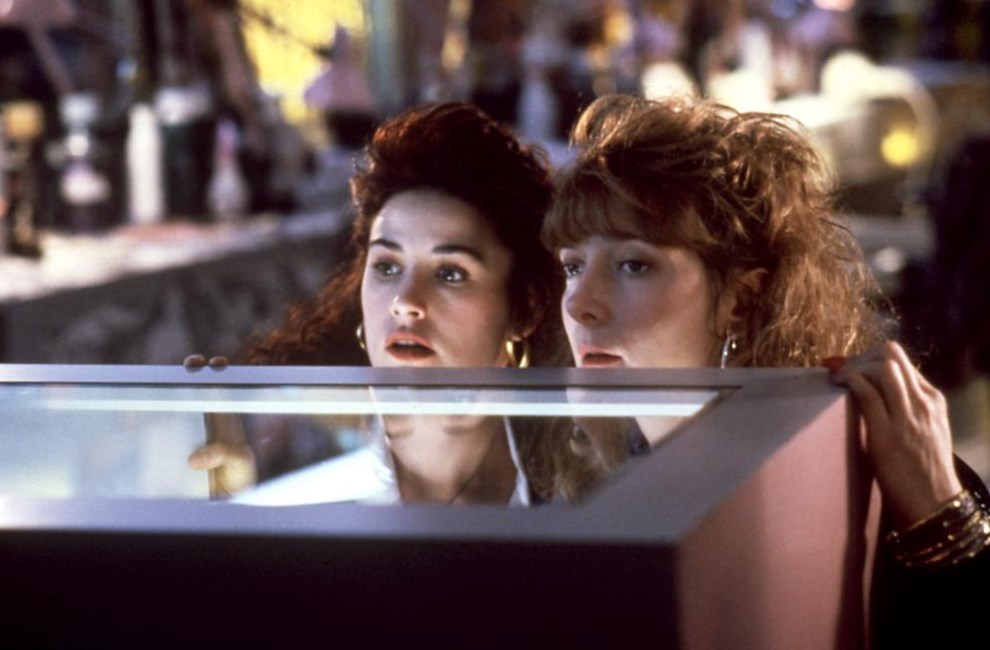 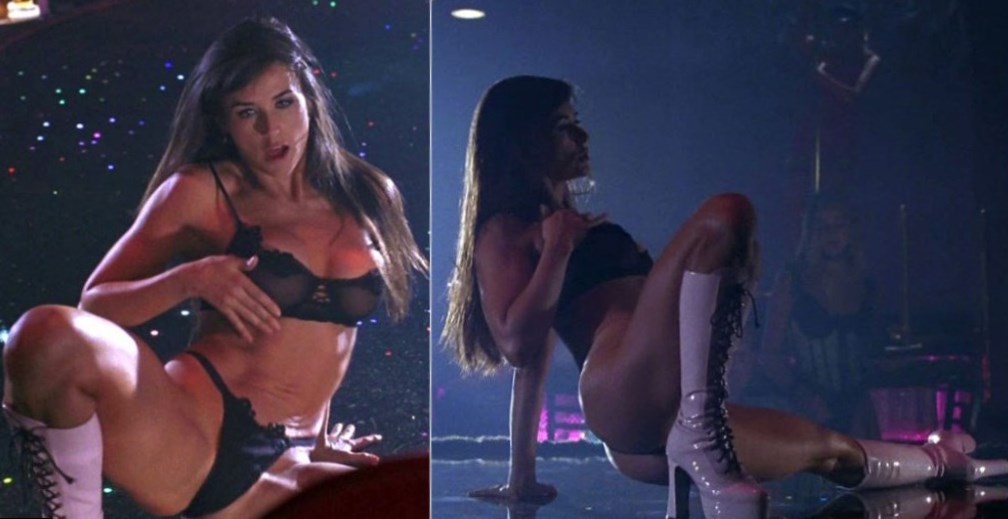 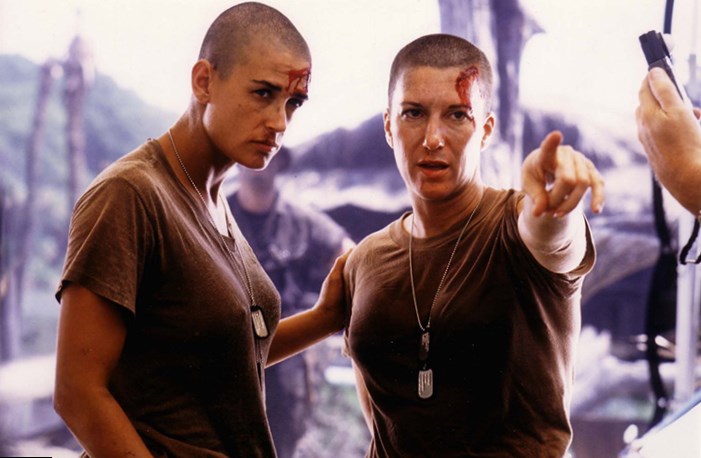 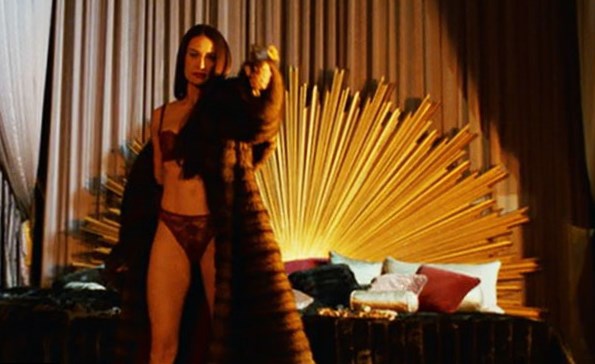 The role of Jordan O’Neill in “G.I. Jane” is considered as the best flop in her career. Demi Moore is too empty as an actress and she didn’t manage to show the intensity of her dramatic heroine. Demi played with her muscled body, but she was too weak as an actress to show the emotions of her heroine, her inner strength, not the strength of her body. 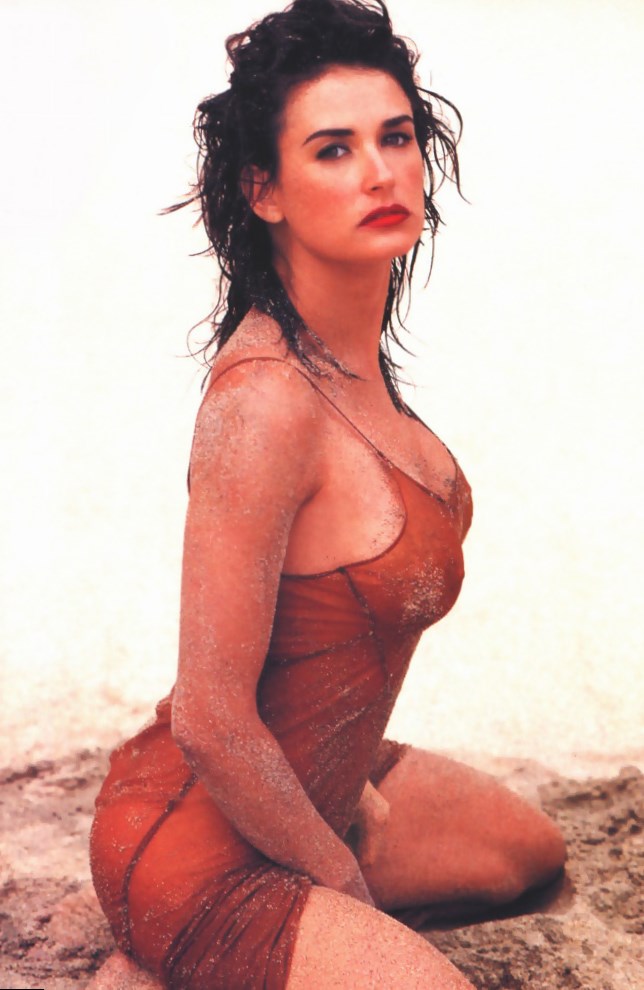 Even if the acting skills of Demi Moore are the question of dispute, no doubt she is a beautiful woman and that’s why Demi Moore dating history is long enough.

When Demi Moore filed for divorce with great actor, Bruce Willis, he gave her $90 million check. Thus Demi Moore showed, even if she can’t earn money as an actress, she is beautiful and influential men will always care about her. 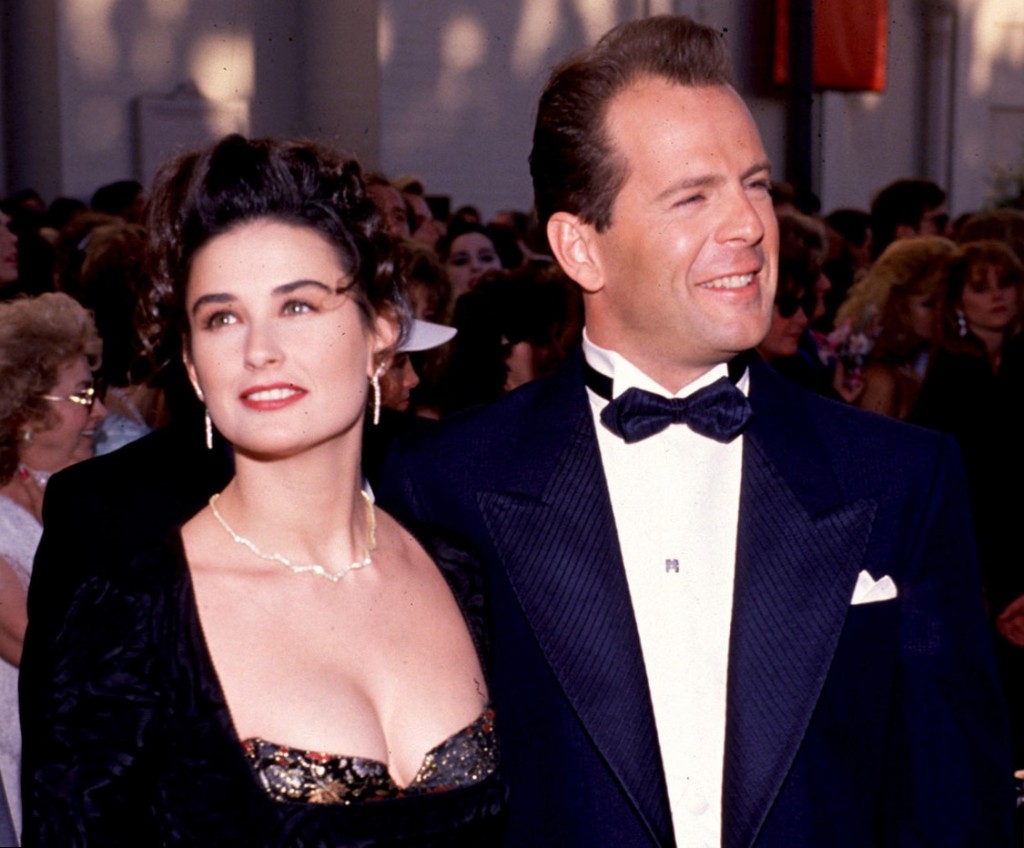 After her divorce with Freddy Moore, she got acquainted with Bruce Willis. Bruce had been already popular after his role of David Addison Jr in “Moonlight”. He was young, incredibly talented and famous, but he drank too much. It was the reason of great problems among two actors; nevertheless they were together within 13 years and gave a birth to three daughters – Rumer, Scout and Tallulah. 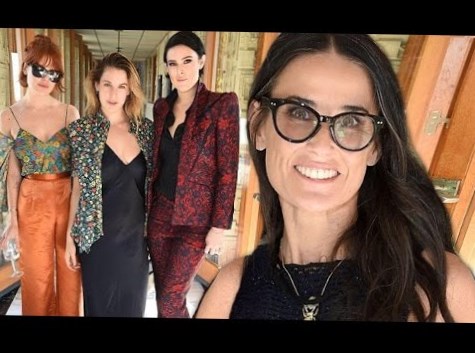 In 2000 they got divorced, but Demi Moore was not alone. She met her third husband, young Ashton Kutcher. Their age difference was 15 years, but the couple seemed to be very happy. Then Demi Moore married Ashton Kutcher and they lived together during 8 years. 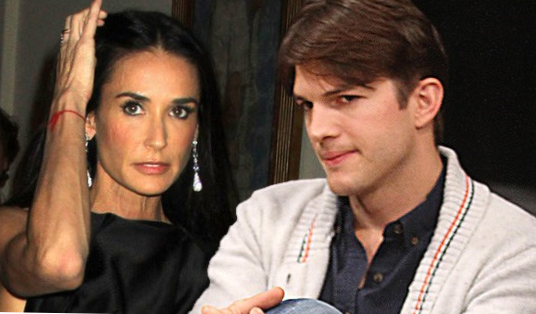 After that Demi Moore and Ashton Kutcher filed for divorce. Now the star is officially single. It is interesting to know that Demi Moore husbands seemed to be friends. Very often Bruce, Demi, Ashton and Demi Moore children went for a walk at weekend. 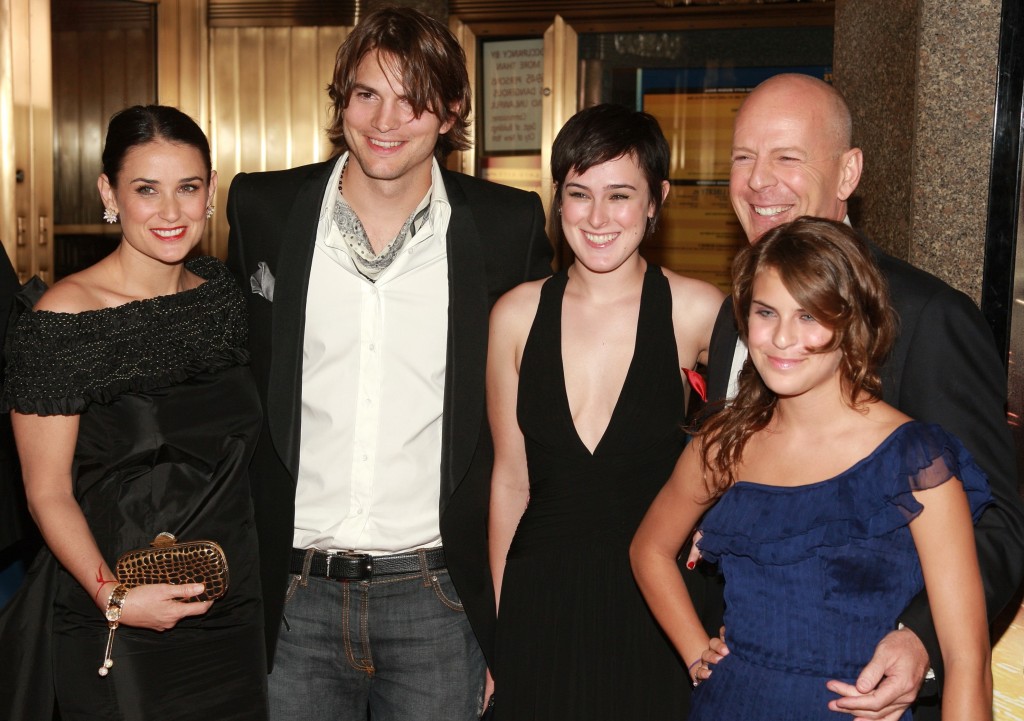 Demi Moore is a star and she always looks great in public. But like any other star, she needs some place to relax, to renew her energy. Demi Moore house is the place, where she can have rest. The star lives at Beverly Hills home.

Demi Moore bought the mansion, when she was Ashton Kutcher’s wife. The building dated 1950 year. The star made a great reconstruction and now the house looks modern and fresh. 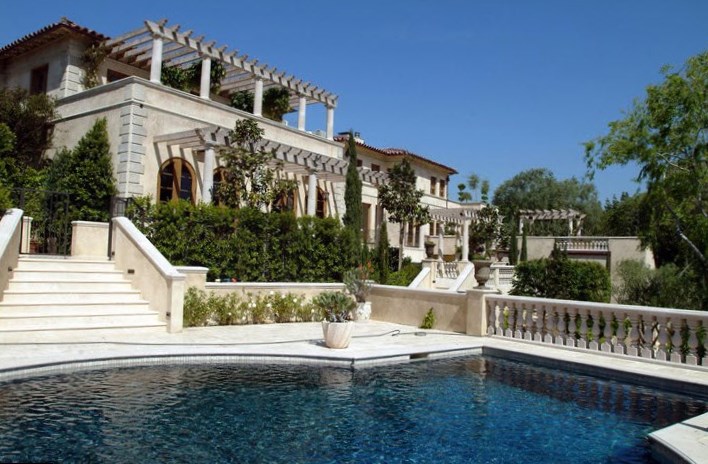 Demi Moore has a roomy garage on the territory of her house. She owns three expensive vehicles. 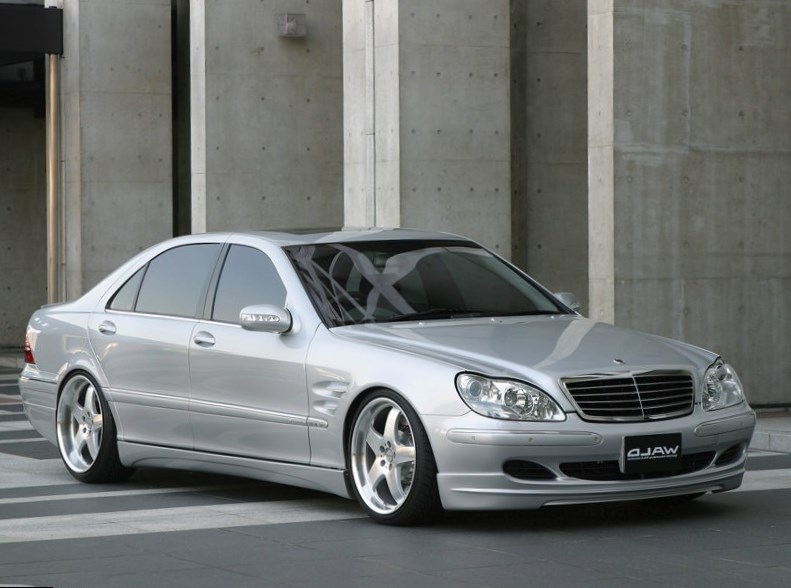 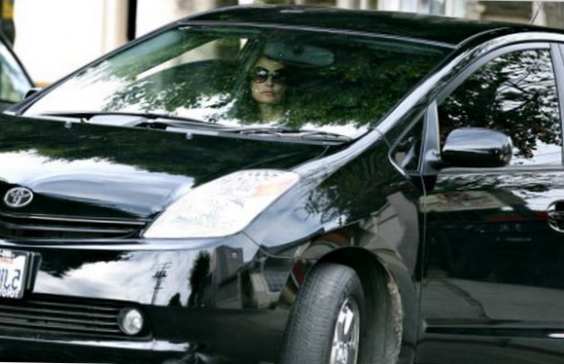 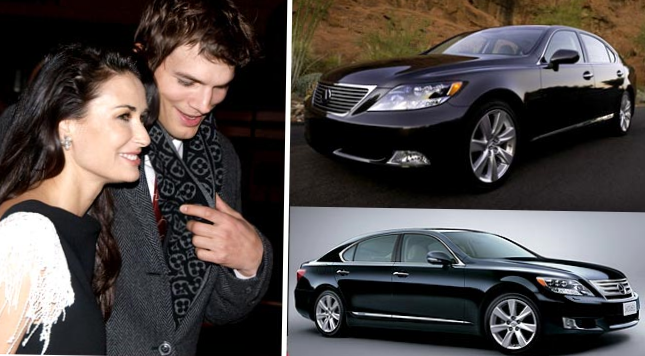 Demi Moore is the car lover and she never regrets her money for the new vehicle as well as for plastic surgery. The star, who is 53, looks too fresh for that age and it is the work of her plastic surgeon.